US’ Coco Gauff reacts after winning against Belgium’s Elise Mertens during their women’s singles match on day eight of the Roland-Garros Open tennis tournament at the Court Philippe-Chatrier in Paris on May 29, 2022. (Photo by Thomas SAMSON / AFP)

Coco Gauff says she has “nothing to lose” in Saturday’s French Open final against world number one Iga Swiatek, with her opponent on a 34-match winning streak and looking for a second Roland Garros title.

Teenage star Gauff is the youngest Grand Slam finalist since Maria Sharapova at Wimbledon 18 years ago and only graduated from high school while in Paris.

The 18-year-old has yet to drop a set in the tournament and showed few signs of nerves in her first major semi-final with a 6-3, 6-1 win over Martina Trevisan.

But she is the underdog against Poland’s Swiatek, who will equal Venus Williams’ record for the longest women’s unbeaten run in the 21st century if she lifts the trophy.

“I think going in I have nothing to lose and she’s definitely the favorite going into the match on paper,” said American Gauff, who burst onto the scene by making the Wimbledon fourth round as a 15-year-old in 2019.

“I’m just going to play free and play my best tennis. I think in a Grand Slam final anything can happen.

“If I do lift the trophy, honestly, I don’t think my life is going to change really. I know it sounds kind of bad to say that, but the people who love me are still going to love me regardless if I lift the trophy or not.” 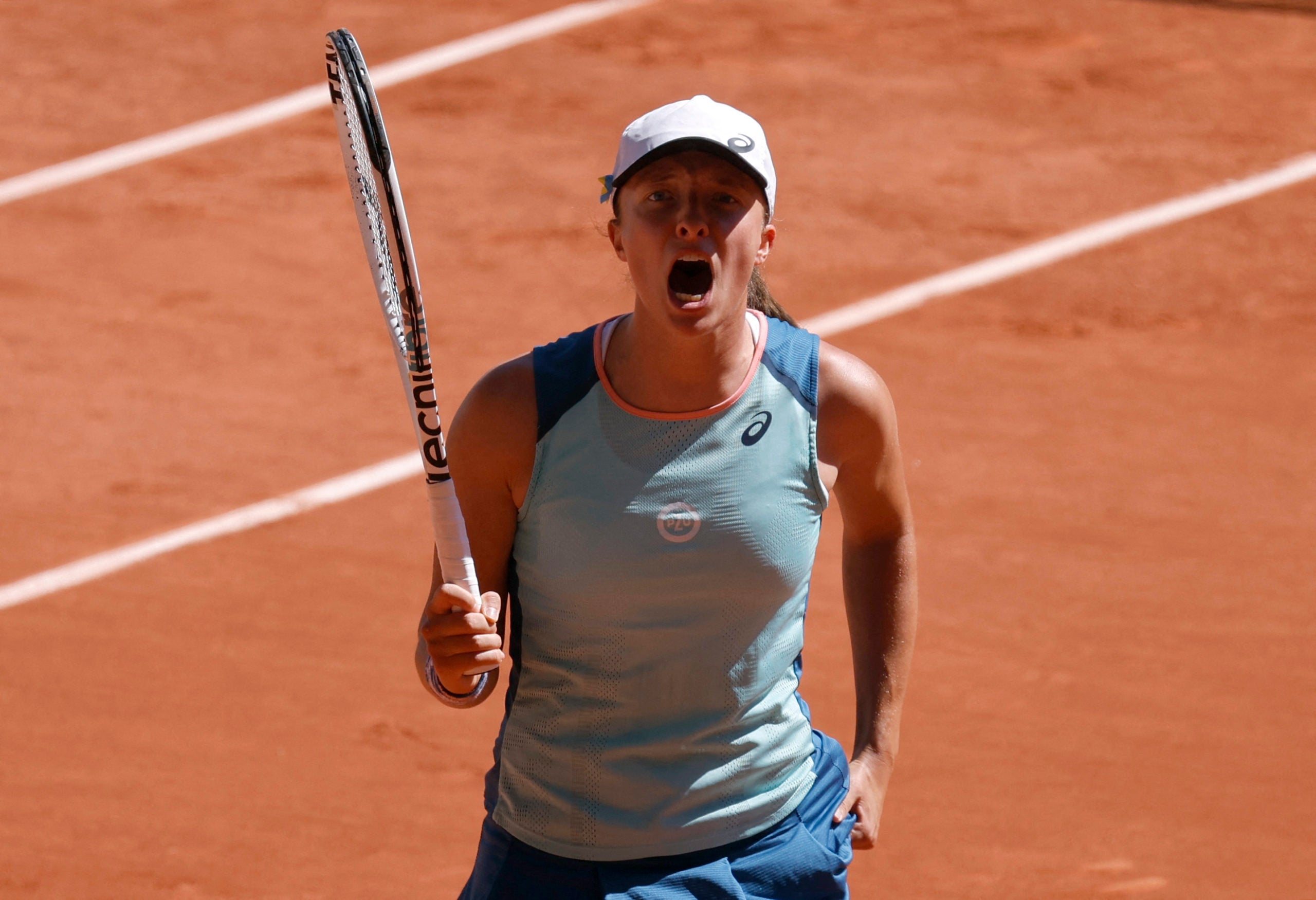 Swiatek, who herself only turned 21 on Tuesday, has enjoyed a remarkable season and is looking for a sixth successive title.

“It’s going to be tough (for her opponent),” said Russian Kasatkina after seeing her run comprehensively ended by the top seed.

“I think the mental part is going to, especially at the beginning, make a big difference.

“It’s difficult when the player is moving good and then she can transition to attack mode. Then it makes it really, really tough.”

Swiatek has an excellent French Open record and has become the youngest player to win 20 matches at Roland Garros since Martina Hingis in 1999.

Four of Swiatek’s five tournament victories this year have come at the prestigious WTA 1,000 events, but she says she still has to battle nerves before big matches.

“I couldn’t get rid of the expectations fully (in the semi-finals), but I tried to accept that, that they are going to be there and it’s going to stress me a little bit more,” said Swiatek, who is hoping to become the 10th multiple Roland Garros winner in the Open era.

18-year-old @CocoGauff‘s message after advancing to the #RolandGarros final. pic.twitter.com/ohHlV2osAU

Gauff wrote “peace, end gun violence” on a courtside TV camera after her semi-final victory and has said she wants to speak out about issues off the court.

Swiatek, though, does not think she is ready yet to use her profile to talk about political or social issues.

“I don’t actually know how I want to use my platform,” she said. “I haven’t figured it out yet, because it’s still pretty new for me.

“I feel like I really have to focus on my tennis first. When I’m going to get more experience in life generally I think it’s going to be easier for me to choose the right path.”

The Pole has won both of her career meetings with Gauff — in the 2021 Rome semi-finals and in Miami earlier this year.

“I’m pretty happy that she’s doing well, because I think she’s also had a huge amount of pressure in her life,” Swiatek said of Gauff, who is also into the women’s doubles final alongside Jessica Pegula.

Swiatek says she listens to classic rock music, including Led Zeppelin and AC/DC, before stepping onto court, while Gauff enjoys a hardcore rap playlist.

But there won’t be a clash of styles on Court Philippe Chatrier as both players have a game based on hard hitting from the baseline.

With a combined age younger than the injured Serena Williams, this could be the first Grand Slam chapter of a long rivalry at the top of the women’s game.

Get the hottest sports news straight into your inbox

How to Optimize your Healthcare Revenue Cycle Performance – Credihealth Blog