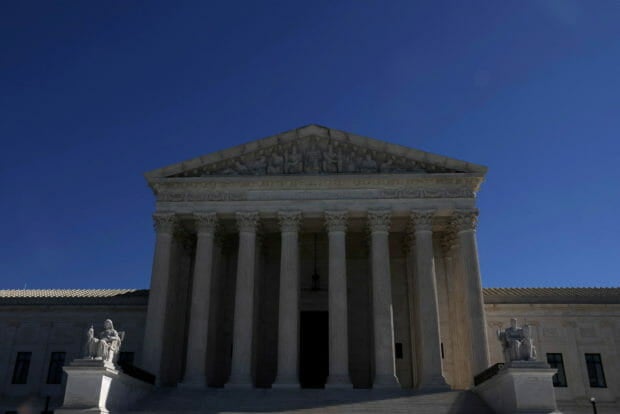 The U.S. Supreme Court on Tuesday blocked a Texas law that bars large social media companies from banning or censoring users based on “viewpoint,” siding with two technology industry groups that have argued that the Republican-backed measure would turn platforms into “havens of the vilest expression imaginable.”

The justices, in a 5-4 decision, granted a request by NetChoice and the Computer & Communications Industry Association, which count Facebook, Twitter and YouTube as members, to block the law while litigation continues after a lower court on May 11 let it go into effect.

The industry groups sued to try to block the law, challenging it as a violation of the free speech rights of companies, including to editorial discretion on their platforms, under the U.S. Constitution’s First Amendment.

Conservative Justices Samuel Alito, Clarence Thomas and Neil Gorsuch issued a written dissent, saying that it is “not at all obvious how our existing precedents, which predate the age of the internet, should apply to large social media companies.” Liberal Justice Elena Kagan separately dissented but did not offer any reasons.

The Texas law was passed by the state’s Republican-led legislature and signed by its Republican governor. Its passage comes as U.S. conservatives and right-wing commentators complain that “Big Tech” is suppressing their views. These people cite as a prominent example Twitter’s permanent suspension of Republican former President Donald Trump from the platform shortly after the Jan. 6, 2021, attack on the U.S. Capitol by a mob of his supporters, with the company citing “the risk of further incitement of violence.”

The law, formally known as HB20, forbids social media companies with at least 50 million monthly active users from acting to “censor” users based on “viewpoint,” and allows either users or the Texas attorney general to sue to enforce it.

In signing the bill last September, Texas Governor Greg Abbott said, “There is a dangerous movement by some social media companies to silence conservative ideas and values. This is wrong and we will not allow it in Texas.”

The industry groups said the state’s law would unconstitutionally allow for government control of private speech. Restricting the platforms’ editorial control, the groups said, “would compel platforms to disseminate all sorts of objectionable viewpoints – such as Russia’s propaganda claiming that its invasion of Ukraine is justified.”

The groups also denounced what they called “viewpoint discrimination against ‘Big Tech,’” in the Texas law through its exclusion of smaller social media platforms popular among conservatives such as Parler, Gab, Gettr and Trump’s own Truth Social.

U.S. Judge Robert Pitman in the state capital Austin blocked the law last December. Pitman ruled that the constraints on how the platforms disseminate content violate the First Amendment.

The New Orleans-based 5th U.S. Circuit Court of Appeals subsequently put Pitman’s decision on hold two days after hearing oral arguments in the case. The 5th Circuit has yet to issue a ruling on the merits of the case.