Since the sweet photos of Diego Loyzaga and ex-PBB housemate Franki Russell is the buzz du jour, I cornered Diego about the real score between them. “Franki and I are not a thing,” Diego clarified. “I just want to be single for now.”

Then, I chided him, “Being single gives us a nice sense of irresponsibility.” He shot back laughing, “I am responsible for myself.” After the highly publicized “Barbie Imperial” chapter of his love life, perhaps this time around Diego wants to keep his budding romance with Franki low-key so it won’t go off-key. 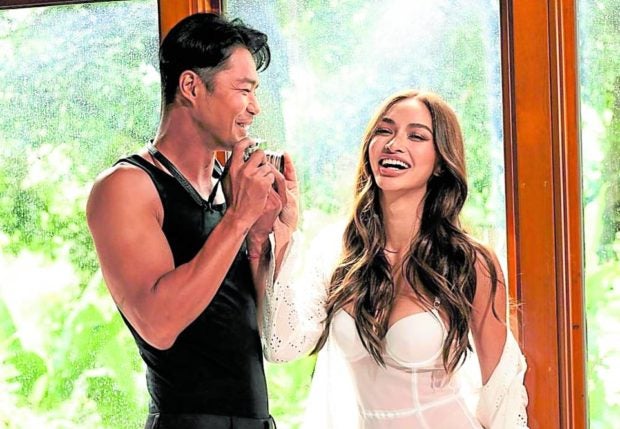 Kylie Verzosa and Zanjoe Marudo jelled so well in “Ikaw Lang ang Mahal” (now streaming on Vivamax). It almost made me believe that they are a couple. But then, why not?

The steamy sex drama directed by Richard Somes shot in postcard-pretty Sagada deals with the inner workings of national artists and lost souls. It also celebrates the magic of serendipity.

K: I can totally relate with Lira, the character I portray, who’s a troubled soul because I also went through depression. I’m glad our movie touches on mental health issues because that has been my advocacy since I joined Bb. Pilipinas.

R: In our film, we didn’t intend to represent artists as sex-hungry. It’s not just sex for the sake of sex. It’s part of the journey of Zanjoe’s character as a struggling documentarist.

Z: Our film made me understand the depth of my work as an actor because at times I feel that “naliligaw” pa rin ako sa show biz. Since it is partly about the lives of artists in Sagada, it made me wonder if I can really be called an artist in every sense of the word.

K: While shooting the film, Jake [Cuenca] and I were still together. He helped me build my character Lira, so even if we’ve split up, I am still grateful to him for helping me pull it off.

R: At the height of the pandemic in 2020, I was on the verge of a mental breakdown. So I channeled my energy by painting again. As an ode to my journey as an artist from painting to directing, I wrote the story of our film. It dares to ask, “Are you truly an artist or do you just want to belong?” We turned the bittersweet ending into poetry.

K: When I am in love, I am not the quarrelsome type. It’s more of a quiet way of loving. My exterior may not seem like I’m sweet. Only the person I love can fully explain how I love.

Z: It takes a while before I get to the point of commitment. But when I get there, I am all-in and all out. 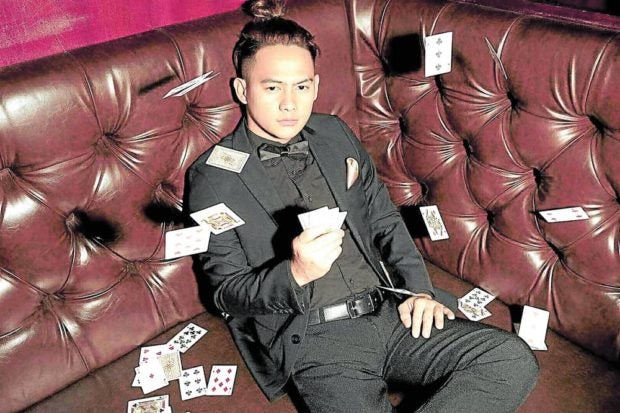 After bagging the best actor trophy at the Asian Film Awards in Rome, Italy, Vince Rillon refuses to be lulled into a false sense of complacency. He dares to outdo himself in “Pusoy,” where he plays a guy who’s good at hustling, better in gambling and the best in womanizing.

The riveting film, which is streaming on Vivamax, is produced by Brillante Ma Mendoza and directed by Philip Giordano (who’s an American). It also stars Angeli Khang, Janelle Tee and Baron Geisler. While watching “Pusoy,” you will get caught up in the frenzy of gambling on lust and love à la high rollers. Wanna bet?

V: Hopefully, our film will show you that there are more losses than wins when you get hooked on gambling.

P: Shooting a film here in Manila is faster than in the US. What an invigorating experience, especially because I am under Direk Brillante’s umbrella. Filipino actors are more visceral. In America, it’s more of technique. I love the camaraderie in our shoots here, so I am pitching more movies to Vivamax.

B: I want to portray Juan Luna. He’s such a complex character. I am so drawn to his life story.

V: My advice to a “batang kalye” like me is “dadapa ka muna bago matuto lumakad” and “huwag makalimot sa Diyos.”

P: I allowed my actors to go with their instincts. When Direk Brillante and I have creative differences, whoever makes the best argument wins.

B: My takeaway from our film is this: Karma is real. Don’t be too greedy because you are bound to meet your match that will lead to your downfall.

Did You Know That Sexual Dysfunction Can Ruin Your Marriage? – Credihealth Blog